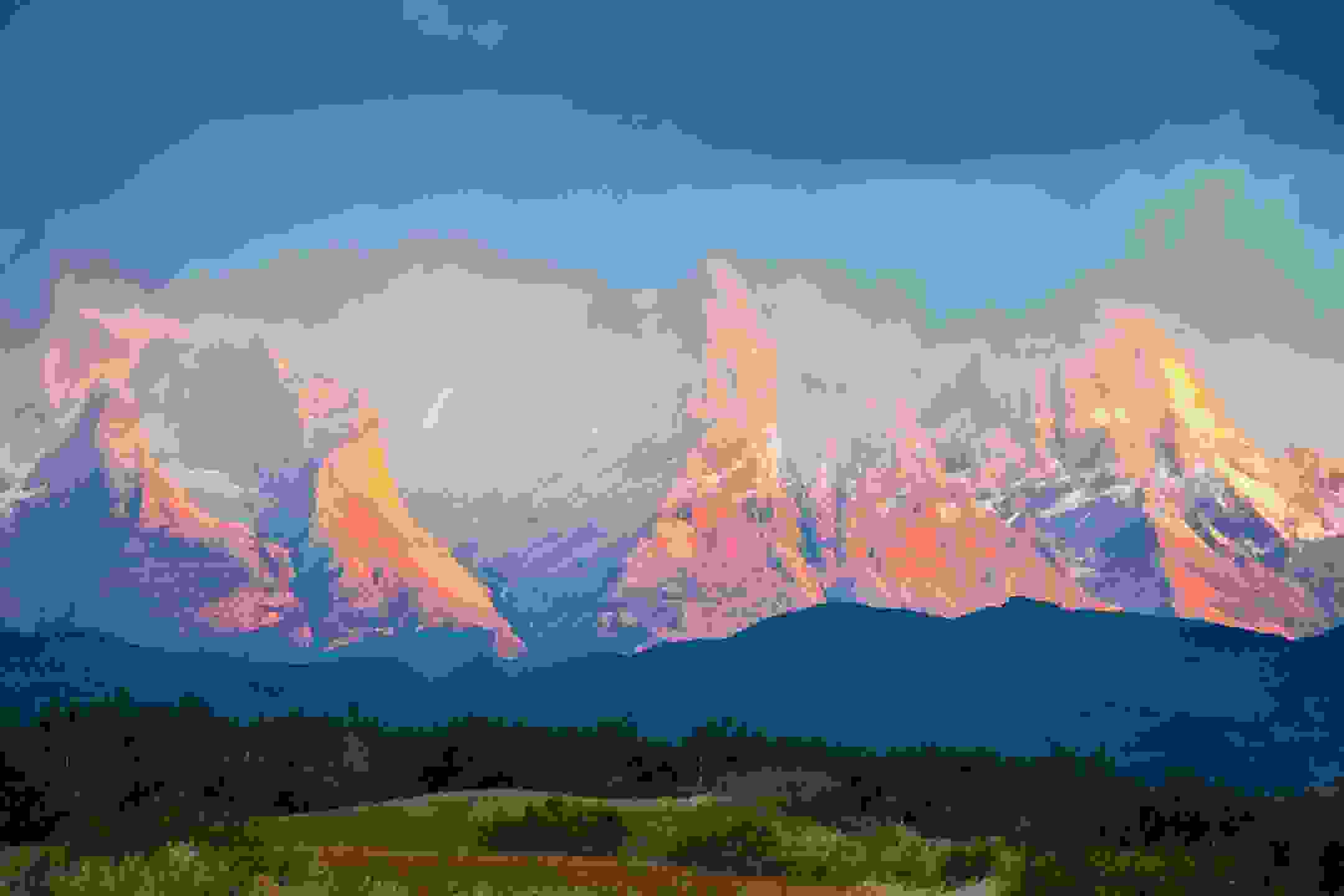 Back during the crisis in 2010 when Chilean miners got stuck underground, many Texans were confused by that country’s flag, which looks almost identical to the Texas flag. The big difference is that the blue field on the Chilean flag doesn’t extend down the left-side length of the flag as it does on the Texas flag. Also the star is smaller, which is appropriate since Chile is significantly smaller than Texas, but Chile, like Texas, features a wide range of landscapes and climates despite its size.

Chile is a sliver of a country, being only 270 miles across at its widest point, but that doesn’t stop it from being chock full of fun sights and activities to pack into a vacation that’s certain to satisfy. Even when enjoying the Pacific coastal beaches that run throughout the length of the country, you’re still a hop, skip, and a jump away from mountains, deserts, glaciers, volcanoes, and rivers in Chile’s southward transition of landscapes. This makes it an ideal country for hikers, and, awakening to this need in 2010, the Chilean government established the Sendero de Chile (the Chilean Trail), a network of hiking trails that run throughout the country.

Getting in, out, and about

For US citizens, a valid passport and the payment of $160 as a reciprocity fee, since the US charges Chilean vacationers to get in here, is all you need for a stay of up to 90 days. At the end of 90 days, or rather before the end, if you wish to stay longer, you would have to cough up another reciprocity fee, which can extend your stay another 90 days. If you stay longer than the time allowed, you won’t be allowed to leave the Chile without paying a fine.

Chile does have strict customs policies regarding the transportation of agricultural products into the country. Even if you carry something as innocuous as a bag of fruit for snacking while on the plane (or later), you must declare it, or you could face a steep fine and possible detainment.

If you have dual citizenship or were once a Chilean citizen who emigrated to the US, you should contact the Chilean Embassy before you leave for there for additional entry and exit requirements. Chile also has strict entry and exit requirements for minors under the age of eighteen. Even if you are the legal guardian traveling with a minor, you will need to provide documentation that shows you are related. A copy of the minor’s birth certificate should suffice in many cases, but you should consult with the Chilean Embassy for exact requirements, and do so well in advance of your vacation.

Aside from being up to date on the standard vaccinations, you should probably consult with your doctor about getting Hepatitis A and Typhoid vaccines, which are recommended by the US Center for Disease Control. Other optional vaccines include against Hepatitis B and against rabies, but these will depend on your activities while there. Rabies is not generally present in the dog population in Chile, but it is carried by bats. If you are planning on engaging in outdoor activities in remote areas, where the risk for bat bites is high, then that vaccination may be for you.

The primary language spoken in Chile is Spanish, although the accent is a bit different from Spanish as spoken in Mexico or Spain. The pronunciation dialect is called Castellano de Chile. While native Spanish speakers may not have trouble understanding Chileans, despite some differences in vocabulary, including slang, and grammar, non-native Spanish speakers might have difficulty understanding the language. If you have trouble, ask your speaker if they can speak “neutral Spanish.” They will usually oblige you.

English is widely spoken among adults under the age of forty, but typically in only the most touristy of areas. Consequently it’s a good idea to learn at least a few words and phrases in Spanish to assist with survival-type needs such as what-is-that-on-the-menu or where-is-the-bathroom type questions.

Although Chile is pricier than many areas of South America, it’s still fairly inexpensive by US standards. Keep in mind that during the summer months, December through March south of the Equator, the prices tend to double since this is the peak tourist season. If you want to live luxuriously during your stay, expect to find accommodations at around $150 USD a night for one person. That will get you a stay in a 4-5 star hotel which typically include amenities, such as access to an onsite restaurant.

However, you can also find decent hotel accommodations for around $50-$75 a night for one person. If you are on a tight budget, Chile is a country that can work in your favor. By camping or choosing youth hostels, eating modest meals at markets rather than restaurants, and finding the best public transportation deals, you can get by for as little as $25 a day, but you will be roughing it for the most part.

Chile uses the Chilean peso as its currency. You can change your money at exchange bureaus throughout the major cities. This is usually your best bet since the rates at hotels and airports tend to have expensive fees. ATMs abound throughout the country, and these provide options for instructions in English. However, like at hotels and airports, the fees on ATM transactions can get quite high. Regardless, you’re advised to resist the urge to change money from street vendors because these are black market exchanges and could put you in an unsafe situation.

Most business inside Chile’s larger cities accept Visa and Master Card, as do chain stores even in less urban areas. If you do travel in rural areas, you should have a decent amount of cash with you because that’s what most places will accept.

In Chile it is customary to tip servers at restaurants at least 10%. Like their counterparts in the US, Chilean servers generally receive poor wages and rely on tips to survive, so if you are budgeting to eat out, budget an additional amount to tip your servers.

Highlights of a Chilean vacation

While these are just some of the sites you’ll see in Chile, there’s infinitely more to do, and it won’t kill your pocket book, so start making your vacation plans to Chile today.

C.W. Garay is an alumnus from the University of North Texas, where he received both his BA in psychology and an MA in English, specializing in creative writing, fiction. When not traveling he resides in Denton, TX, rated as the number one small town in which to live in the US according to Business Insider’s 2013 survey. In addition to writing articles on traveling, he also writes fiction under a pseudonym. He can be reached via email at cwgaray@gmail.com.